Just out of Interest. How many early PS3 owners have had their Blu-Ray killed? 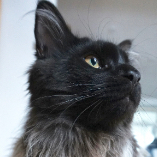