Not worthy of a thread: Games edition 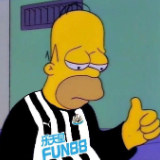