Bizarre stuff that's happened to you 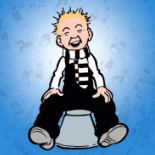